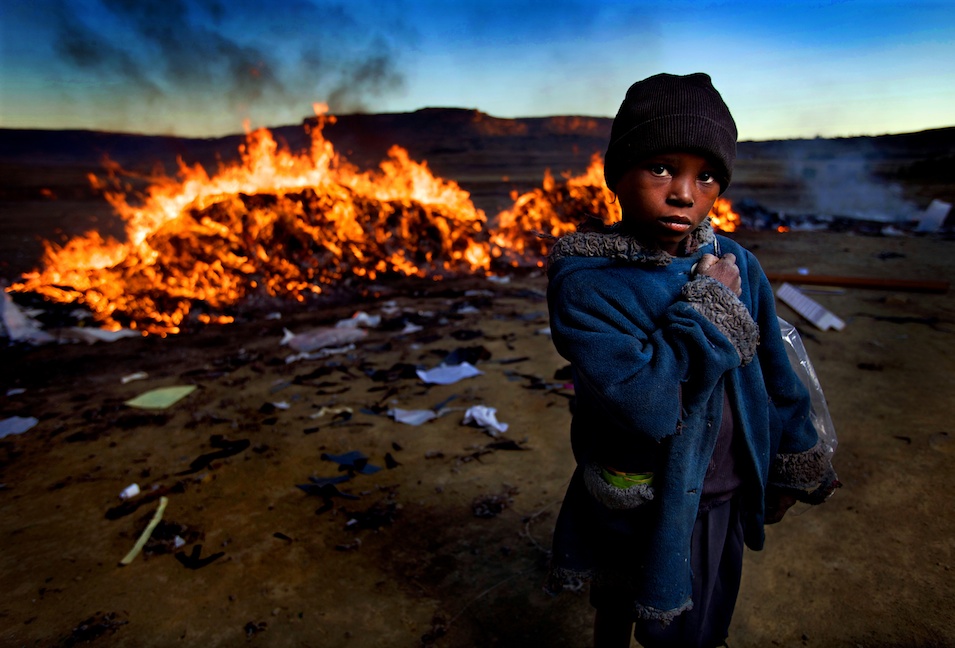 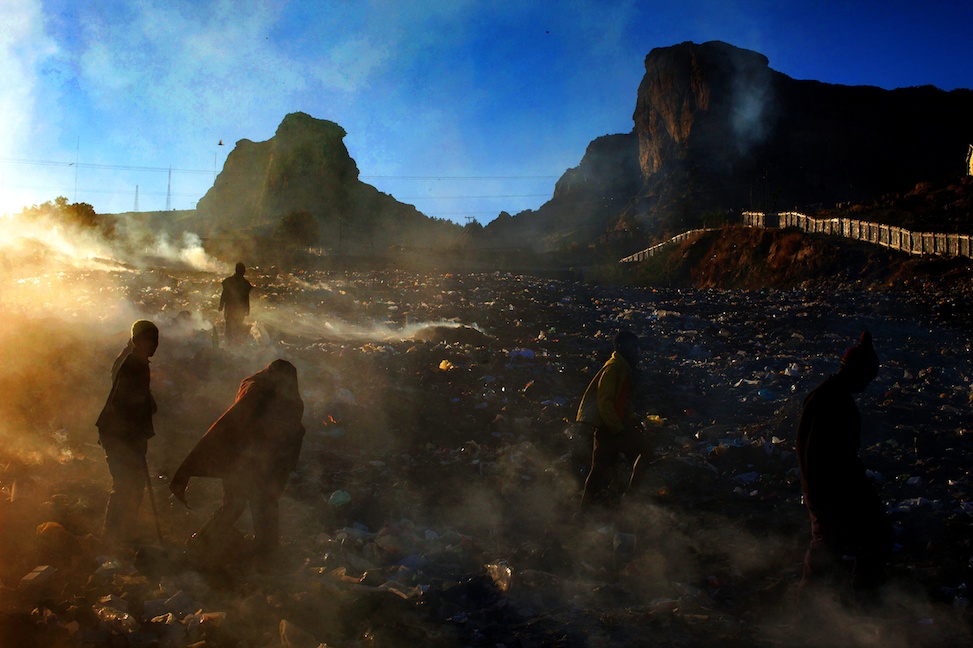 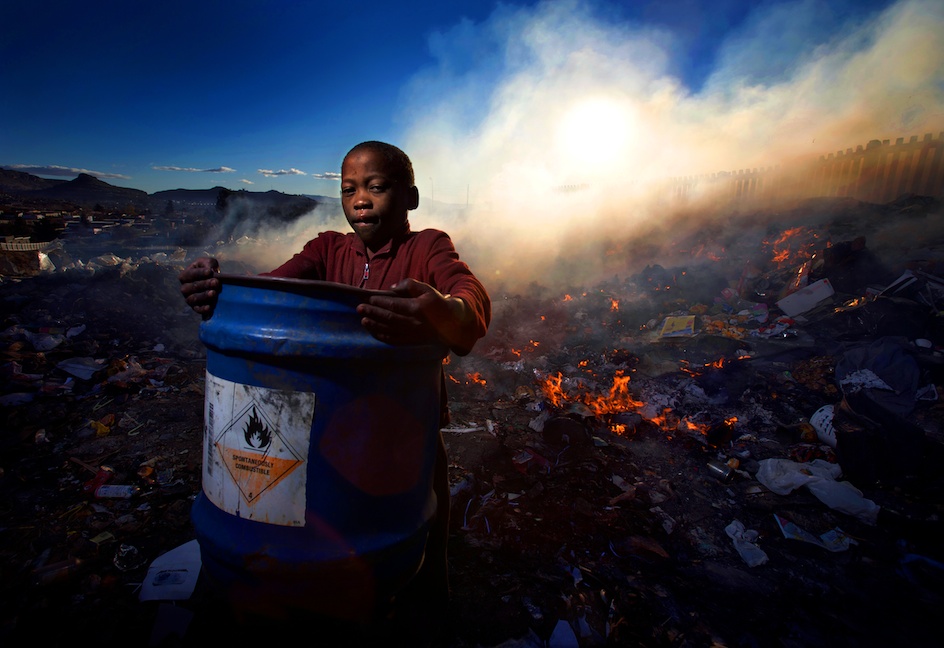 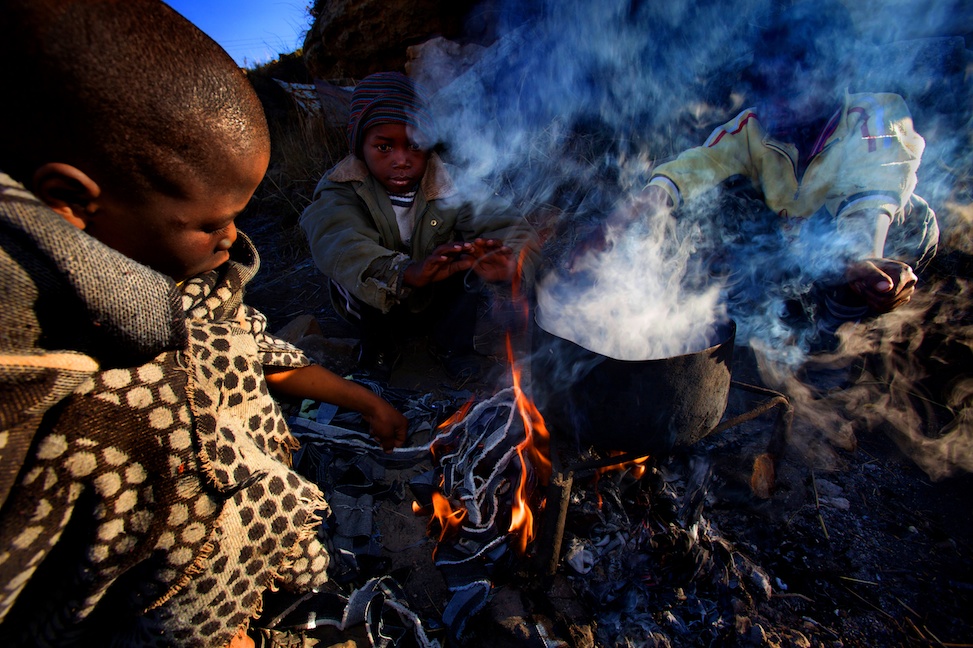 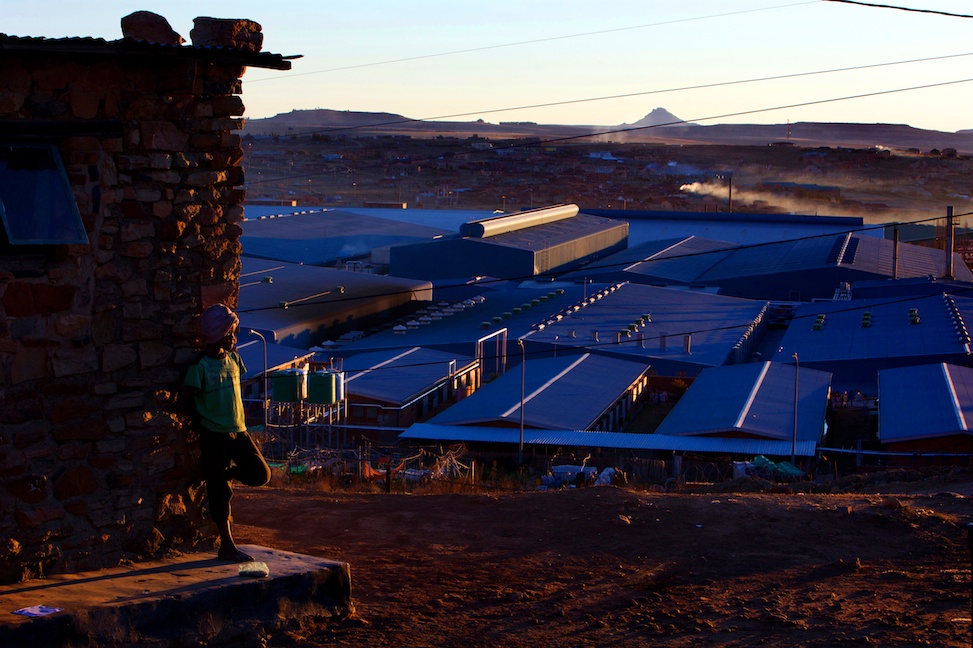 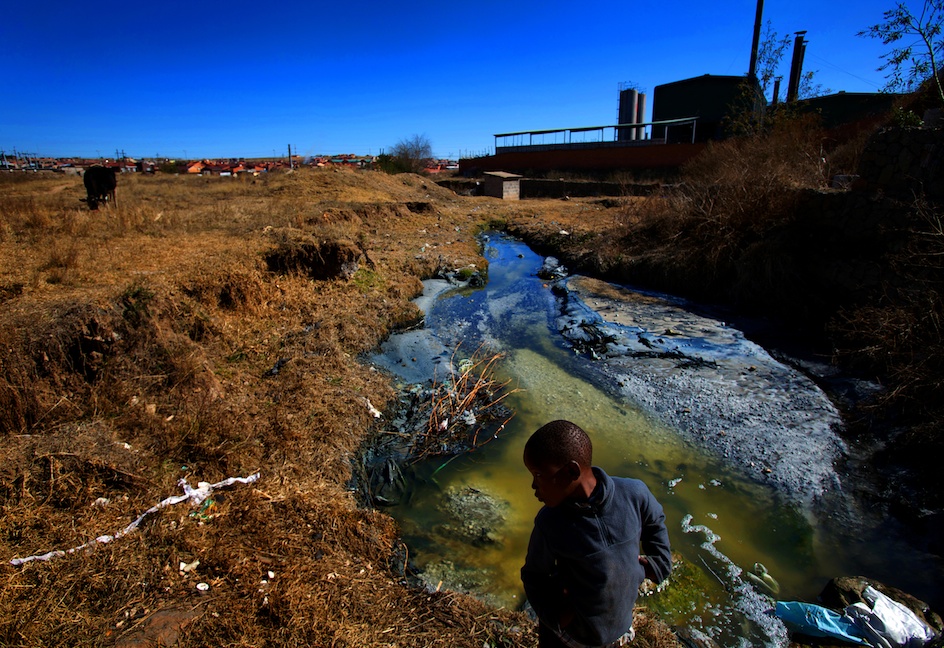 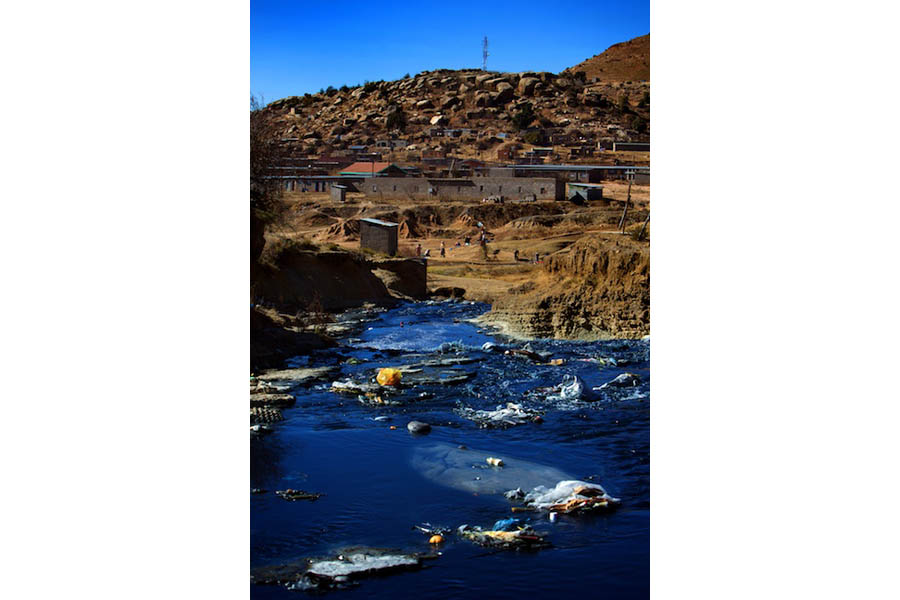 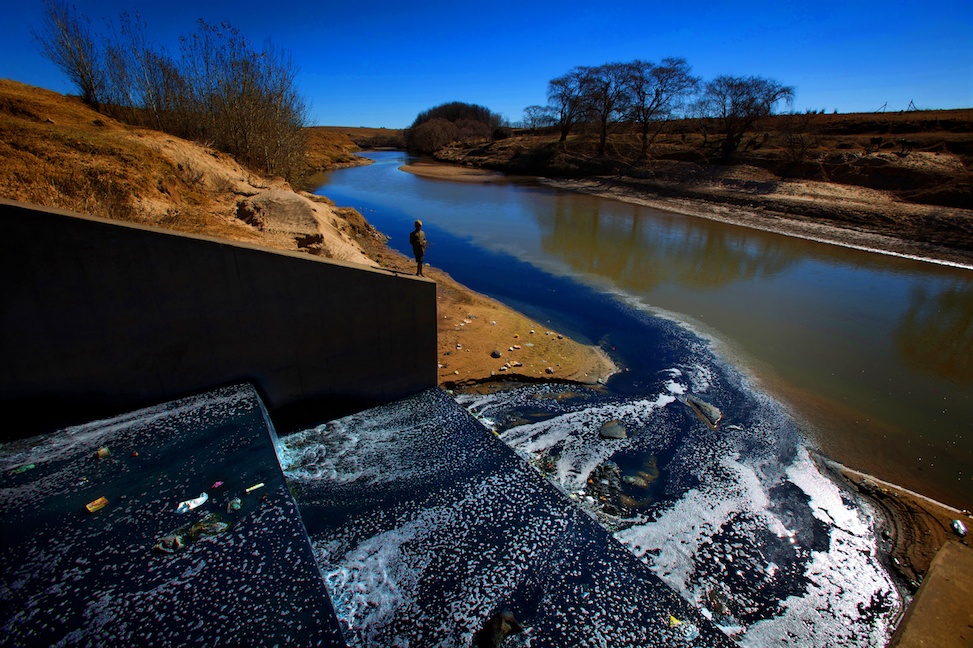 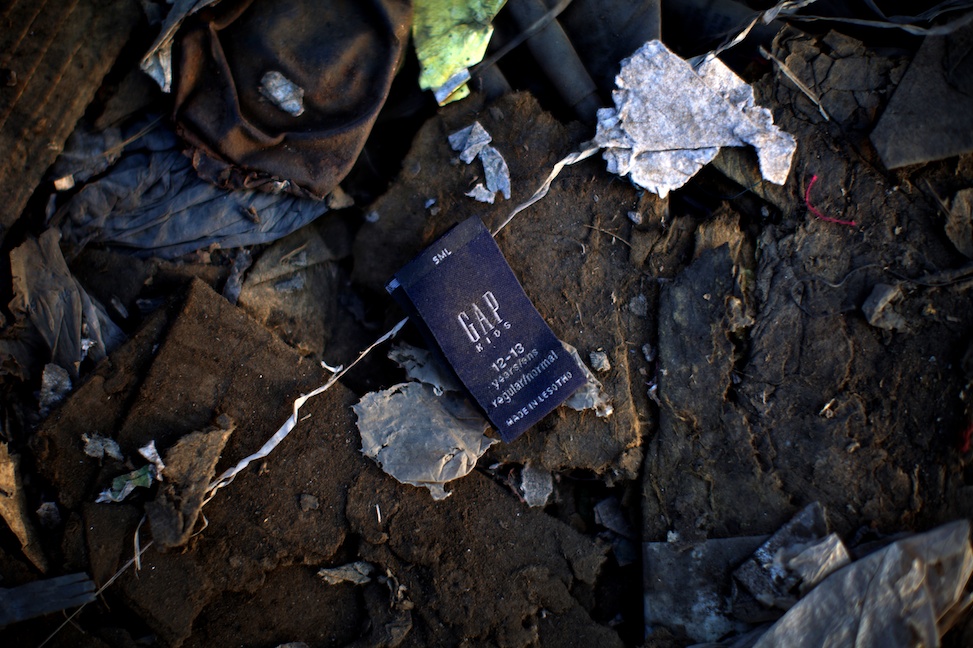 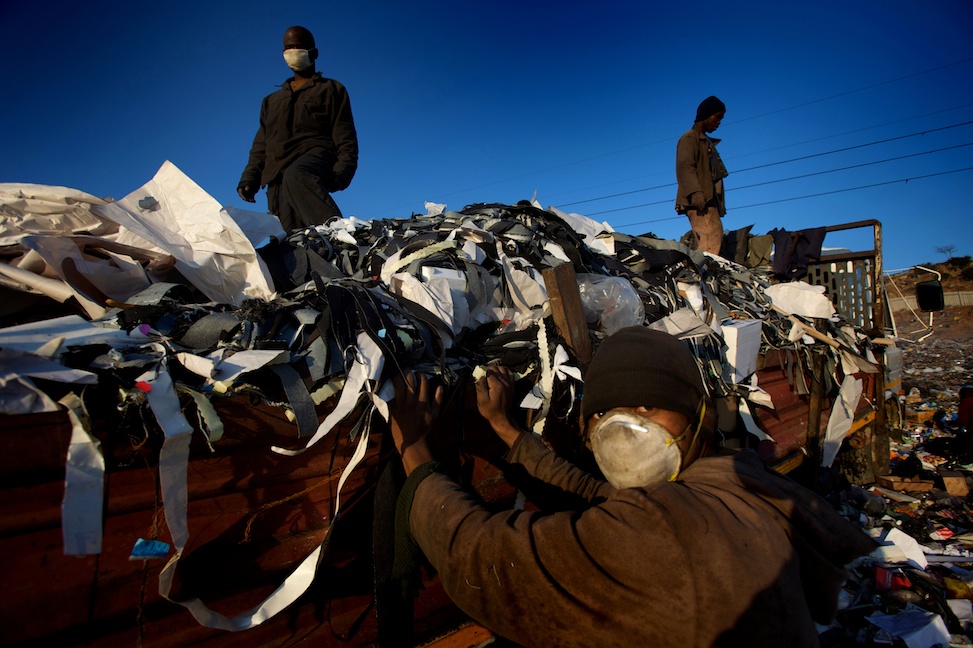 The dark side of denim

A destitute army of ragpickers patrol the vast waste-dump before me. A long trailer overflowing with the discarded remnants of Lesotho’s garment industry rocks as it bumps over a clearing between mounds of waste. In the twilight of dusk I can see tiny frames of children as they run between collapsed and burning pillars of denim and cotton. As they reach the trucks the youngsters plough fearlessly, headlong, into the refuse as it pours from the heavy loaders. With stern concentration they fight for scraps with each other, sifting through filthy piles of garment industry waste as they sweep it into their bags. Above them thousands of Gap Inc and Levi’s labels, stonewash Jeans buttons and studs, tonnes of heavily dyed cotton and denim pile down onto their heads, burying them up to their belly buttons. They must work fast to salvage what they can before the truck driver lights the load on fire.

As the solid waste from garment factories is being dumped and burned, untreated liquid waste – dark blue dye – is being poured into the Caledon River polluting drinking water and killing river life.