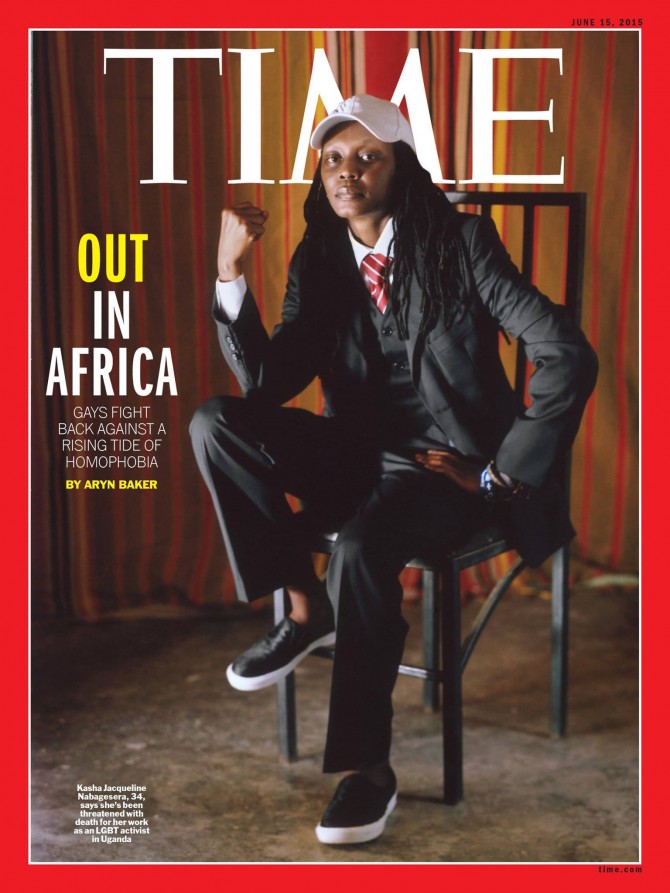 As part of Robin’s ongoing project documenting LGBT survivors of discrimination and persecution, he went to Uganda to photograph a 8 page feature and cover story for Time Magazine. 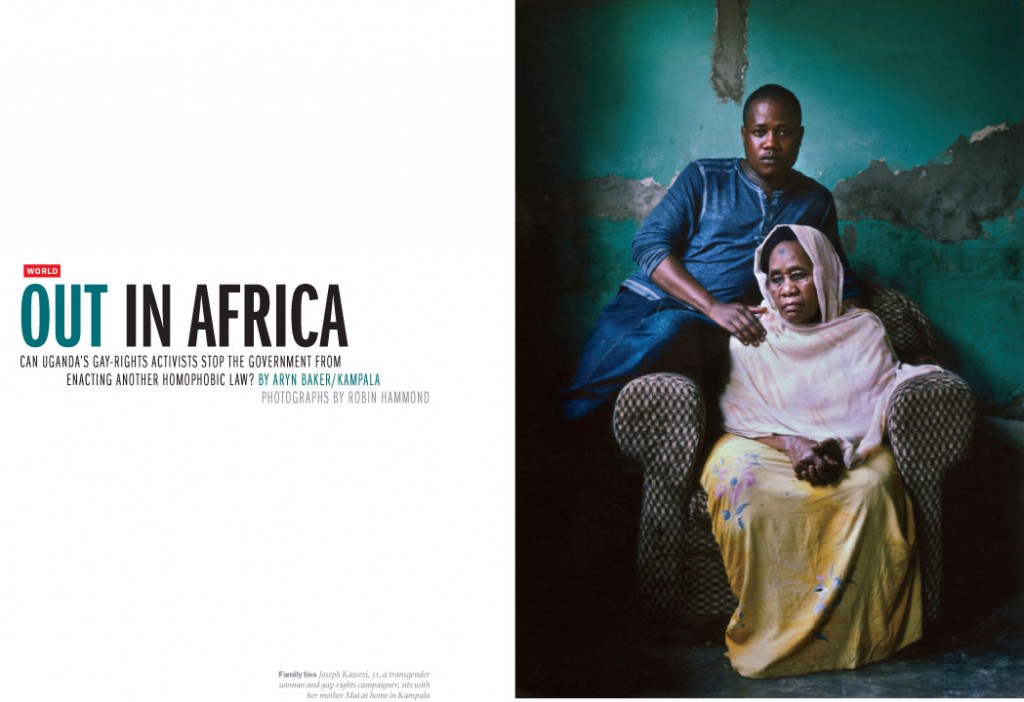 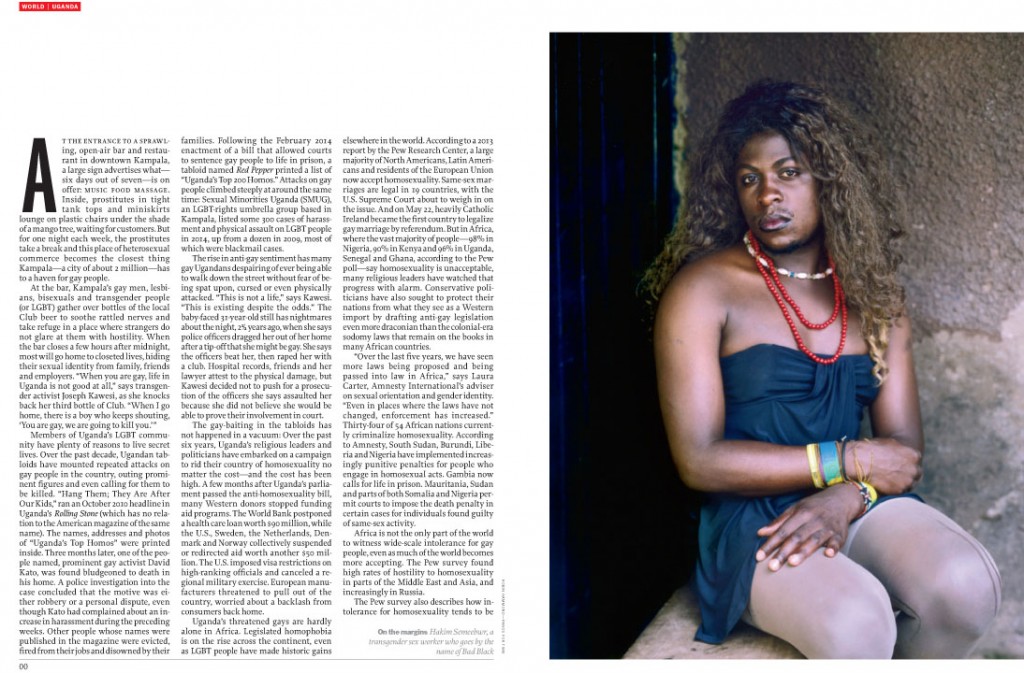 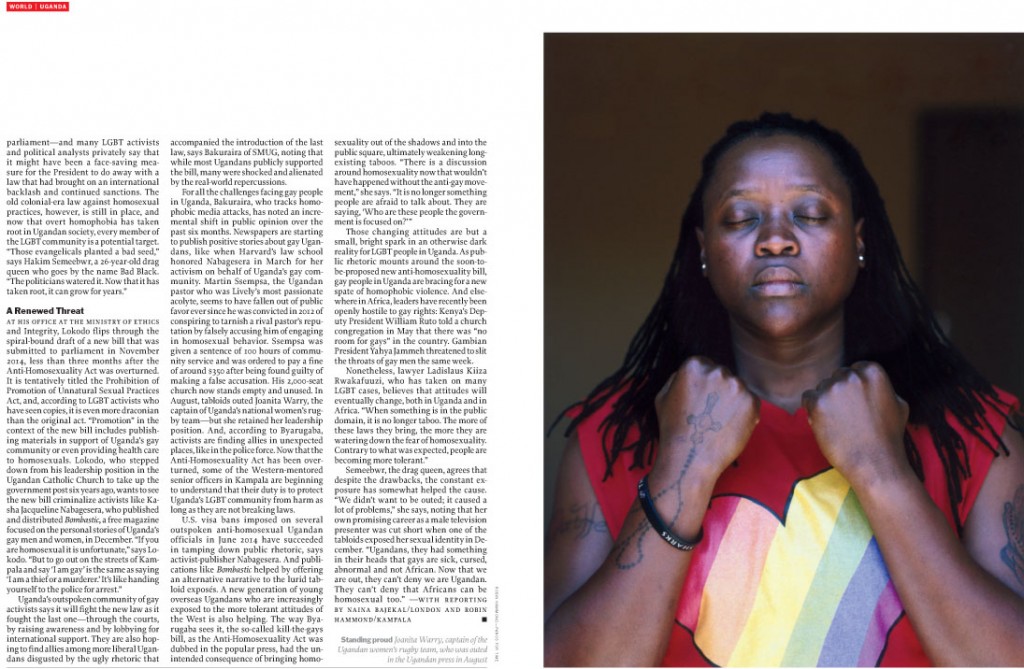